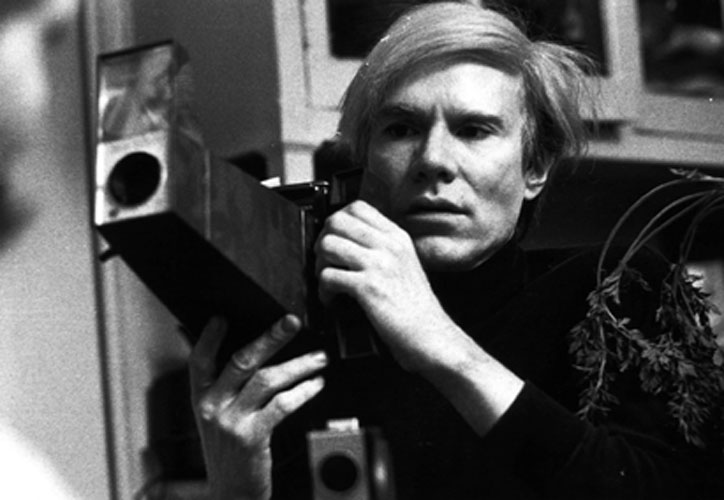 Instant photography portraits, taken by Russ Murray using one of the two cameras that Andy Warhol used for most of his famous, fabulous images of artists, beauties, and celebrities. In the end, it is said by many that those Polaroid portraits garnered more fame for Mr. Warhol than his paintings. Let’s hope I get lucky, since I don’t paint…

The camera? Andy Warhol used many cameras (he liked to play) including the Polaroid SX-70 with a flash-bar for many of his instant shots of friends, and self-portraits, and later a Minox 35EL mini-35mm, but is most well known for his portraits of others, primarily taken with a Polaroid BIG SHOT Portrait Land Camera — a hulking grey-green plastic box, with a really cool low-tech (but really hi-tech!) fixed focus twin-viewfinder array –which was designed and optimized solely for portraits. According to legend, Andy often replaced his Big Shot cameras when he broke them from his constant use, or discarded them when they got jammed from chemical gunk in the rollers. It is said that he had a direct connection at Polaroid, who would keep an inventory of Big Shot cameras just for him, prepared to send by courier on demand…

Here’s what Camera-Wiki.org has to say about the Polaroid Big Shot:
“The Big Shot was one of the most unusual cameras Polaroid ever introduced. It is a rigid-bodied model that dwarfs others in the series. Released in 1971 and produced until 1973, it is designed for portrait use only, and has a fixed focal distance of only about a metre. It has a 220mm f/29 plastic meniscus lens, a fixed-speed mechanical shutter, and a fixed-focus rangefinder to help the photographer keep the subject in focus. Because the camera itself is fixed-focus, the photographer has to move back and forth until the subject appears in focus. This technique has been called the ‘Big Shot Shuffle.’ “
Read the full article at: http://camera-wiki.org/wiki/Polaroid_Big_Shot

So, this project is Russ Murray experimenting with the camera(s) which Andy Warhol used. Hopefully, a few good images will result!

This site uses Akismet to reduce spam. Learn how your comment data is processed.